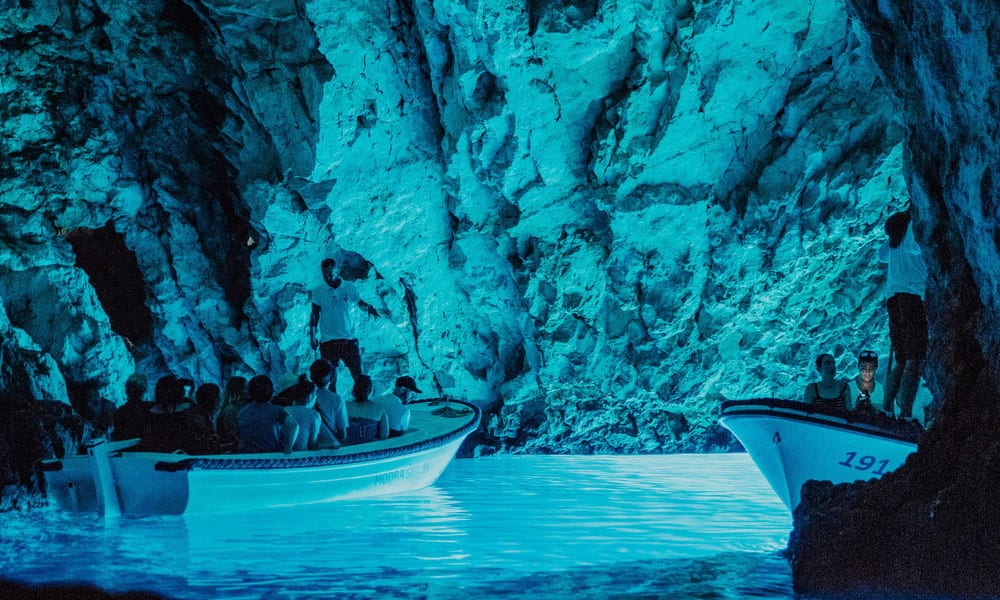 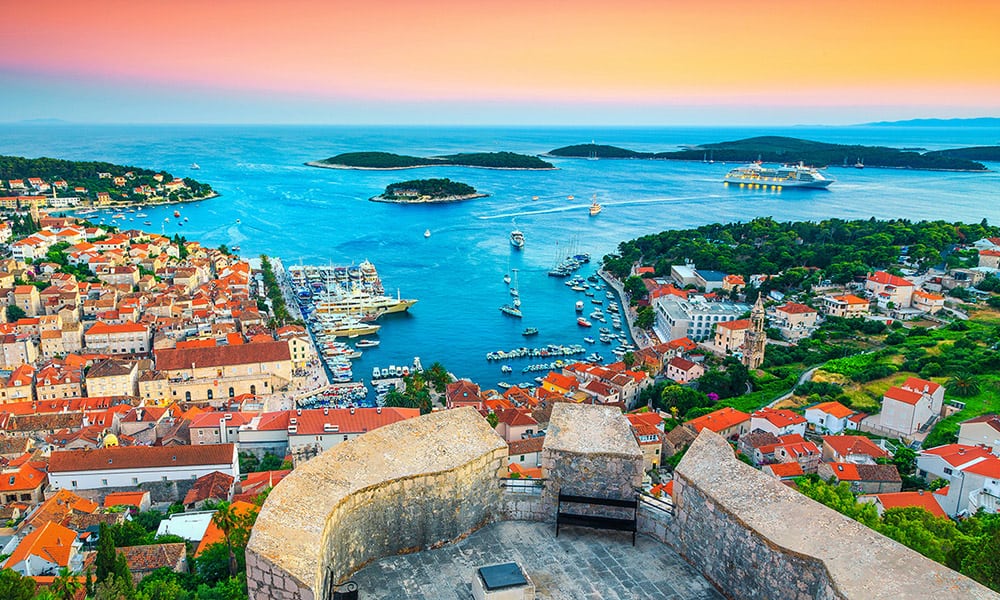 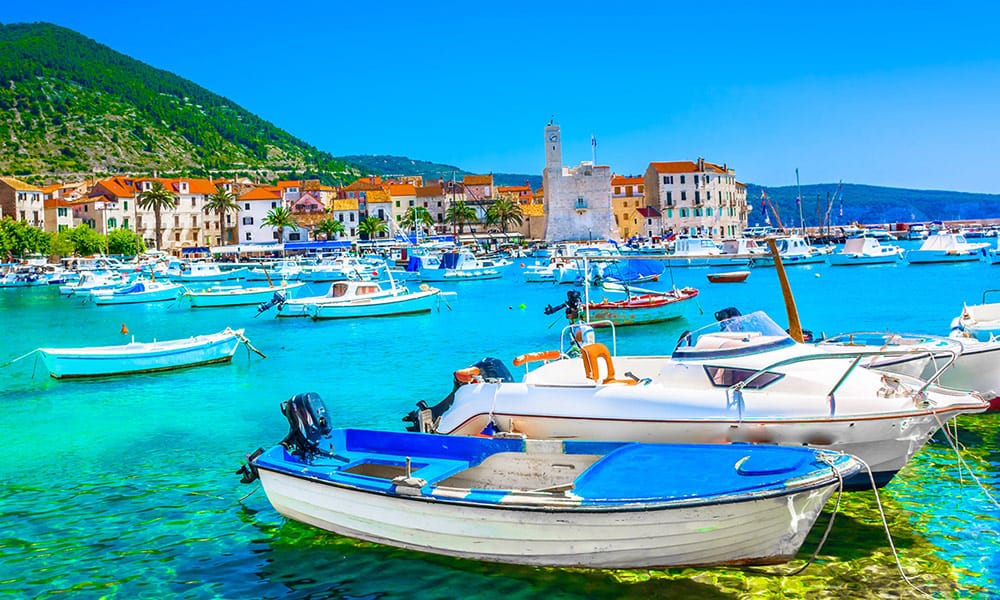 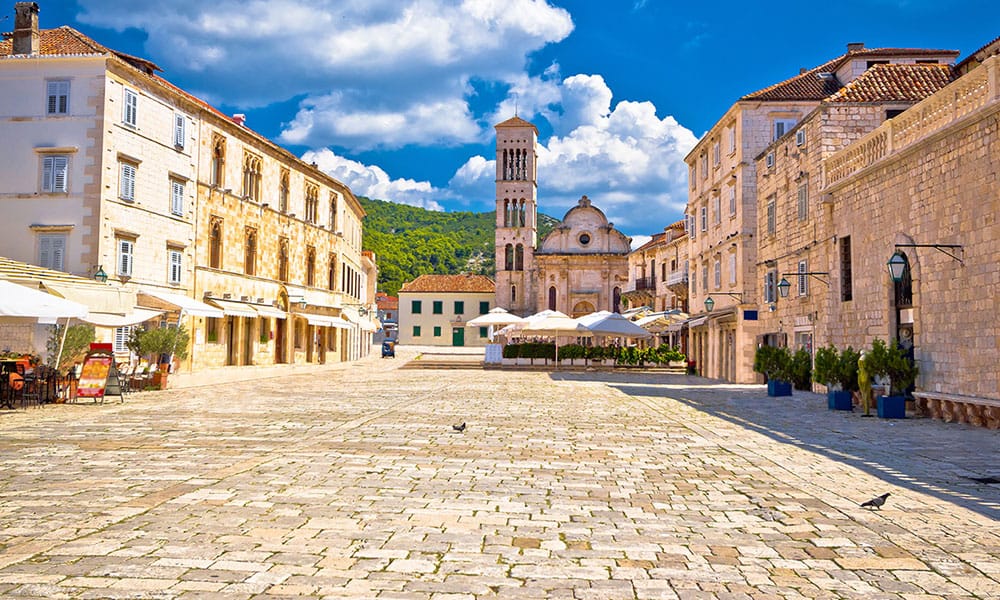 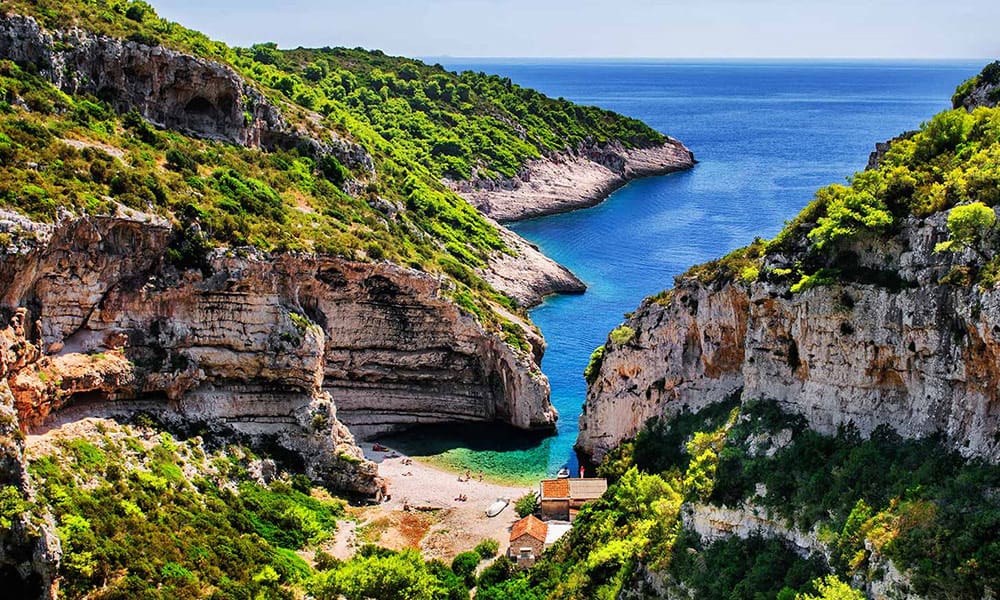 No agency fees Zentravel is a tour operator, not a reseller. Pay for your experience, not for a middleman.

Free cancellation Up to 24 hours in advance.

Don't waste precious time in Split spending the day inside of a local bar or in your hotel room. The region that surrounds this magnificent ancient city offers a wealth of things to see and do, some that are absolutely not to be missed. Doesn't a day surrounded by the glistening aquamarine sea, exploring some of Croatia's most stunning islands and incredible natural wonders sound a lot more fun? We certainly think so! Blue cave tour from Split offers all that and then some, including, of course, a visit to experience the magical natural phenomenon of the famous Blue Cave on Bisevo Island. Be sure to book your tickets now to avoid disappointment as it's pretty much guaranteed to be the highlight of your time in Croatia.

Split is within easy reach of some of the most beautiful islands in all of Croatia and this tour will bring you to explore five them in just a single day: Bisevo, Vis, Budikovac, Paklinski and Hvar. Some of the most captivating places simply can't be reached by ferry, so if you don't have your own boat, we can take you to them to explore while discovering their history and unique features from a local guide with insider knowledge.

Experience the remarkable phenomenon of the Blue Cave, swim in the enticing waters of the Blue Lagoon with its shades of dazzling turquoise and sapphire constantly changing due to the movement of the sun above, explore charming villages and Hvar's old town which dates back thousands of years, once providing shelter to ancient Greeks and Romans. Swim and snorkel through some of the most crystal-clear seas, relax and play on some of Dalmatia's most idyllic beaches and feast on mouth-watering local food and wine. Throughout the day you'll experience countless breathtaking views while on and in the water, as well as on land from places like Hvar's 16th-century fortress which overlooks the maze of medieval streets in the historic centre, the Adriatic and nearby island gems. By the time it's all said and done, you'll understand why The Blue Cave & 5 islands tour from Split is one of the most popular day tours in all of Croatia.

Our highly-rated tours offer a comfortable ride bringing small groups for a more authentic experience in brand new speedboats. Each boat is fully equipped with all the necessary safety equipment for every individual passenger. As your satisfaction is our top priority, all of our vessels are cleaned thoroughly every morning. While it may seem that everyone in Split to who has a boat runs a tour, it's critical to not only review itineraries, but the adherence to important safety practices and passenger comfort - which is why our excursions are so highly desirable.

Know before you go

Should we expect to see dolphins?

While dolphins are known for their curiosity and intelligence, they also have another lesser-known characteristic that's common to all of them: they choose to inhabit the cleanest waters, which is why you can expect to see them in the clear blue waters on our tour! We're often accompanied by groups of dolphins on our trips, so you'll want to stay alert and keep an eye out on your surroundings. Our skipper will be more than happy to notify you when we spot some dolphins, and we'll even make a short stop so that you can take amazing photos and enjoy the moment too.

Is swimming in the Blue cave allowed?

As of 2014 swimming in the Blue cave is no longer allowed. If you've seen photos of people swimming here, most likely they were taken several years earlier when it was permitted. We'll spend approximately 15 minutes gliding through the cave in a small wooden boat. We ask you to please be quiet and carefully listen to your guide who will tell you everything you need to know about the Blue Cave and its history to ensure a serene experience for all.

If the weather creates rough sea conditions, the speedboat ride will be a little bumpy. For this reason, the tour is not recommended for persons with back/neck problems or for pregnant women.

What if the Blue Cave is closed?

The Blue Cave can be closed occasionally due to weather conditions, however, if this occurs, we will notify you at least one day before the tour departure so that you can make alternate plans. When the cave is closed you'll have two options to choose from: a full refund of your money or you can reschedule your trip for another date.

What happens in case of bad weather?

Since Mother Nature can be unpredictable and our crew is dedicated to always doing their best to make the most of each and every trip, we will be constantly monitoring the weather conditions and behaviour of the sea so that if there are signs that indicate poor conditions, we can slightly alter the tour and bring you to other exciting places in the Adriatic. We can bring you to see sunken old ships, the remains of an American bomber plane from World War II thanks to Vis Island being a former military base, filming locations on Vis where the popular movie 'Mamma Mia' was shot, and the Monk seal cave that was once home to endangered Mediterranean monk seals. These creatures are among the most endangered mammals in the world and we're happy to tell you that the seals have managed to make an impressive comeback to these waters. Overall, there are so many captivating places to see and exciting things to do, it makes it much easier to achieve our goal of providing each and every guest with the best possible experience.

What should we bring?

We suggest bringing a sunglasses, a hat that can be secured so that it won't fly away, sunscreen, a towel, a bathing suit and a camera. You may want an extra change of clothes just in case and some snacks if you get hungry, however, we will be stopping at places with beach bars and/or restaurants for dining.

Two meeting points are possible for this tour. Please select your preferred meeting point during the checkout process.

All clients have the right to cancel their tour with a minimum of 24 hours notice before the tour begins, and the right to a 100% refund of the amount that was paid, although we appreciate further notice whenever possible. We monitor the weather conditions 24/7, however, Mother Nature can be unpredictable at times, occasionally causing unexpected situations that may result in cancellations within 24 hours of the start of the tour.

That may include extreme weather or other extraordinary circumstances that could not have been avoided or foreseen, or incidents that occur suddenly. If such situations result in the cancellation of a scheduled tour, our valued clients have several options: Clients may accept a new departure date, replacement package/excursion of equivalent or similar itinerary, or receive a full refund of all money paid. Before all else, your experience and safety are our primary concerns.

Why book with us? 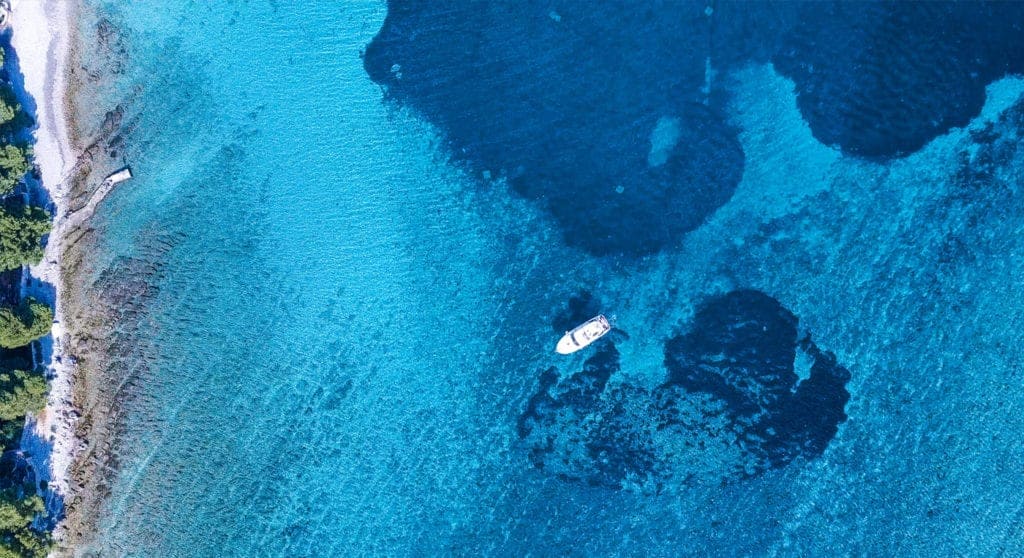 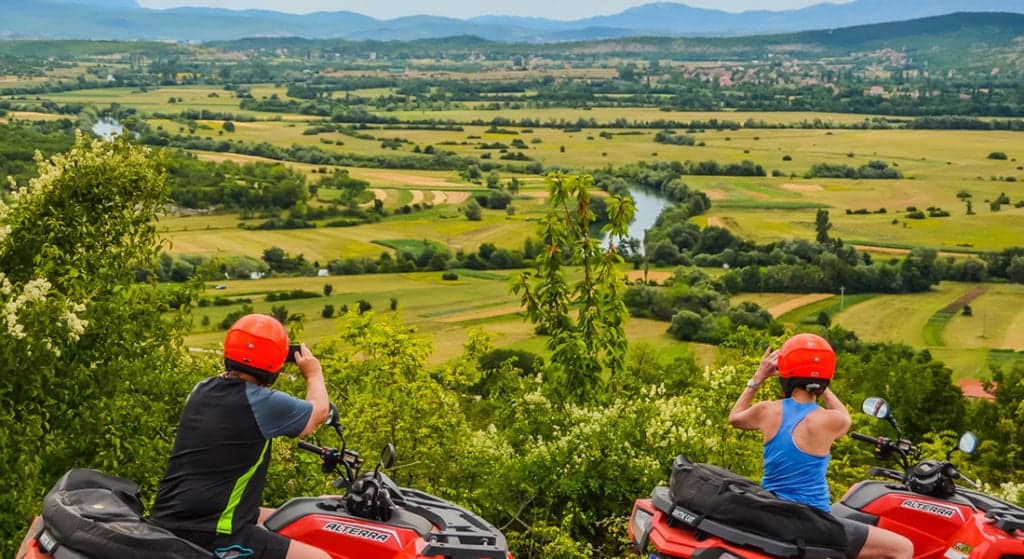 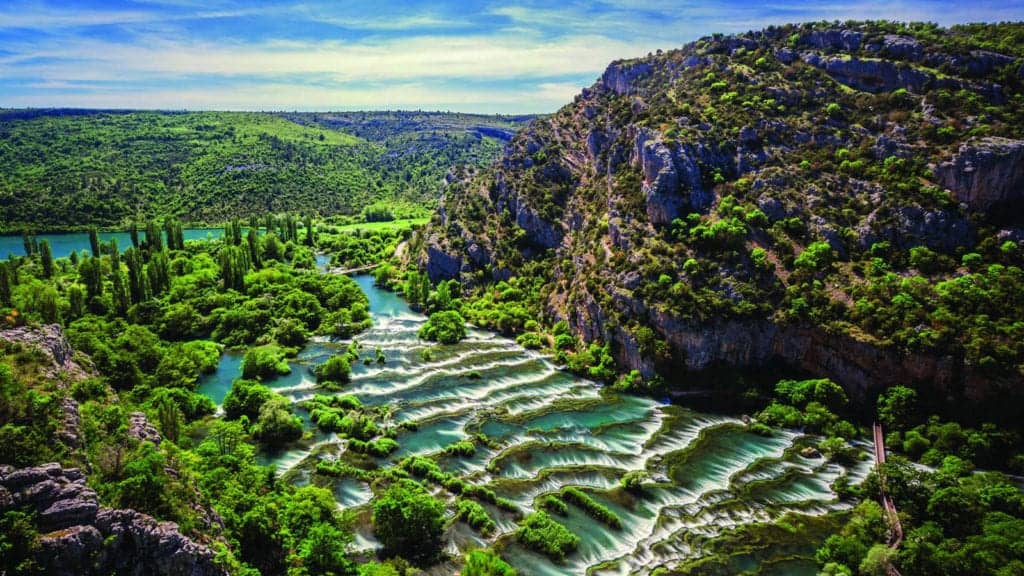